Many buyers tend to opt for government car auctions as a way of avoiding being scammed while getting high-value used cars at the same time. It is assumed that the government wouldn’t engage in dubious deals and almost all the time this is the case. 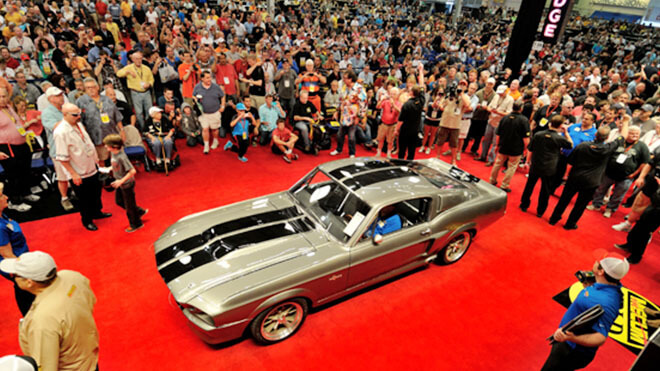 But is it really worth buying a used car at these auctions? Just like any other deal for buying second-hand cars from government car auctions come with its pros and cons. Below are some of those, so you know what to expect when you buy used cars from the government or seized car auctions.

This is the number one reason people opt to purchase used cars from government auctions. When compared to buying online from used car websites, you can find cars selling for less than $1000 in government car auctions. The primary reason cars are sold ridiculously cheap at these auctions is because the government is not in the business of making profits but generate a negligible income while getting rid of the vehicles at the same time.

This is not just any other auction selling sedans. In fact, a government car auction is one of the few auctions where you will find a wide variety of vehicles from trucks to vans to SUVs and luxury cars. Most buyers see this as the best opportunity to buy luxury cars at unbelievable prices. Not only will you be spoilt for choice but also you will have an incredible selection of models, builds, transmission, and colors to choose from. The chances of getting a forklift or tractor are always high at government car auctions as opposed to an online car auction.

Vehicles sold at government auctions are of high quality compared to most auctions. Remember that the cars for sale here have been in use by government officials and are well maintained. Government cars go through regular mechanical checkups to ensure that they are in proper working conditions all the time. In simple terms, the quality of cars you get at these auctions is great and not comparable to other auctions.

You don’t have to travel far and wide to buy a used car at a government car auction. Most auctions take place according to regions and states, and you can find one near you with relative ease. All, you need to do, is keep checking at your nearest government auction center when the next auction is taking place and get prepared.

Buying used cars at auction is an excellent way of owning high-value cars at the cheapest prices. However, it’s not all rosy at government car auctions, and you are bound to encounter a few hiccups here and there as outlined below.

Bidders are well aware that getting the kind of luxury cars like the ones that sell at government auctions is rare. Unlike bidding on used cars online, or seized car auctions the competition for luxury cars is high in government auctions. This is because the prices are cheap thus they attract the largest number of bidders. At times, the price goes beyond the real value of the car. You might get the ideal car but at these auctions but if the price goes beyond what you consider as viable, you might as well consider buying from a car dealer instead.

After the bidding is over, the ownership of the car is transferred from the government to you. If the car is below what you thought it was in terms of quality, you cannot return it back or ask for a refund. The “as is” condition bar you from making any complaints after the car is sold. You cannot even sue the government, and in case you do so, chances are high that you will lose the court battle. The buyer beware condition one of the major undoing of the government car auctions.

Apart from selling cars that have been in use by government officials, confiscated cars are also up for sale as well. One of the main problems is that the previous owner may have allowed the car to be repossessed to avoid legal battles with the government because the car is worthless. There is also a likelihood that the car may have been stolen or may have been illegally smuggled into the country that might bring you problems in the future.

4. No Guarantees or Warranties

The cars sold at government auctions may be looking good from the outside alright, but that is not a guarantee that they won’t cause any problems in the future. You need to realize that a second-hand car is still a used car no matter how good it looks on the outside. Also, most of these cars do not come with warranties. The best thing, to do, is to make sure that you have the car checked comprehensively checked by a mechanic before using it. That way, you will avoid any mechanical breakdown in the future.

Unlike other car buying options such as paying at the dealer, you don’t have much space to look for funds at the fall of the hammer. This may turn out to be disadvantageous for buyers who don’t have liquid cash or can’t get access to quick loans. You need to organize your financial status before you head to the auction because once the hammer has fallen you will be expected to make the payment as fast as you can. Don’t be tempted to bid for what you don’t have as this may get you into problems once you are not able to pay.

The number of times that the government will sell its old cars through an auction might be limited but when it does, it could an excellent opportunity to own a good auto. If you don’t have enough cash to buy at the fall of the hammer organize for financing way before the auction takes place. As mentioned earlier on, don’t get carried away by the competition with other bidders and end up buying the car more for more than it is worth. However, government car auctions may be the best starting point to get your dream car.