When the price of petrol and the cost of living are so high who wouldn’t want to save money on fuel costs?

The following hints are provided to assist in improving your fuel economy, our definition being the amount of fuel consumed (measure in liters or cost) for a given distance traveled, so you can drive further for less.

Only a few people measure their average fuel economy (liters of petrol consumed per 100 km) on a consistent basis. Today, most cars, even basic models, have an onboard computer that provides a readout or display of the car’s petrol consumption per 100 km. It should be noted it has been observed many times onboard readouts tend to be on the optimistic side, on average varying 5% or more from actual results.

How do you measure your average fuel economy? It’s very simple.

This process should be repeated at least five (5) times and the average then calculated. This should give an accurate reading to start with an initial figure to compare future results. This process can be performed consistently or periodically such as every 3, 6, 9, or 12 months, and compared to a previous result.

When you visit most petrol stations and definitely the major petrol stations, you are provided a number of options for petrol with different octane content amounts. For managing fuel economy and fuel cost, and as long as higher levels of octane are not “needed’ by your car selecting the regular fuel would be better for your pocket.

On the other hand, if have a high-compression engine which could be at risk of detonation (pinging), or it is specified for your vehicles such as for some European models and performance cars, higher-octane levels in petrol may be needed.

In high-performance cars with high-compression engines, higher-octane petrol will enable the engine management system to work at peak efficiency. Higher-octane petrol decreases the risk of engine pinging or engine detonation and the need for costly car engine problems or unscheduled car service.

Refer to your car’s owner’s manual and if it says your car can take regular unleaded petrol, then you’ll save your money by sticking to this recommendation. You should check with your car’s handbook to verify this.

A simple way to be more cost-effective in managing your fuel costs and save money is to make yourself aware of the locations of lower-cost petrol stations. There is likely to be one or more internet sites that can provide information on petrol prices within your local or traveled area.

Petrol is considered a commodity product usually with a fairly standard quality across stations, but sticking with major brands will minimize any risk should this not be the case. On the internet, use your favorite search tool to find an information source suitable for you. There may be websites servicing your area that can regularly provide price information to you or on-demand.

Some of the many other options include using loyalty cards or programs, discount vouchers, or discount cards, with many major outlets providing discounts for using certain credit or debit cards at their outlets. 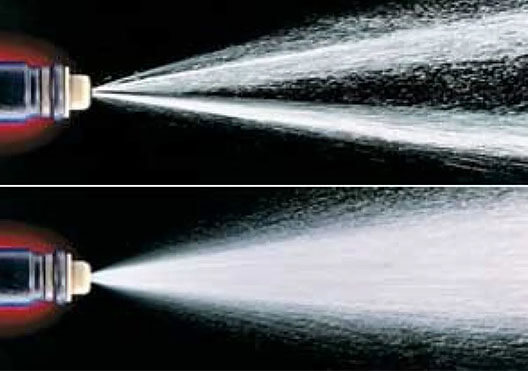 To have better fuel economy, a more predictable and efficient burn in the cylinder is needed and therefore clean fuel injectors that provide a more even fuel-air mix are needed. To illustrate this refer to the photo:

How do fuel injectors become dirty?

Contrary to air filters and what would seem logical, fuel injectors become dirty mostly from the fuel itself and not from dirt or debris in the fuel (unless the car’s fuel filter has not been performing or has not been replaced regularly).

Petrol contains waxy compounds that can leave varnish deposits at the injector pintle when the fuel evaporates. This commonly occurs after the engine is turned off. The heat that is generated from the engine evaporates the residual fuel in the injector tips, leaving a deposit of varnish. These deposits in the nozzle build up and restrict fuel flow or disrupt the injector’s spray pattern (as seen above). On many recent engines, the shape and direction of the spray pattern is critical for clean combustion and good performance. If your injector nozzle is dirty, the pattern may be distorted or deflected to one side, causing a lean spot in the combustion chamber that can cause a misfire, or even pre-ignition or detonation and can cause car engine problems.

What tolerance is there for injectors? The simple answer is it does not very much of a restriction in an injector to lean out the fuel mixture. To put a measure on it, an 8% to 10% restriction in a single fuel injector can be enough to upset the air/fuel mixture and cause a misfire.

There are two main methods of cleaning fuel injectors. The fuel injectors can be cleaned on an inline basis (on the car) or better still by having them removed and given an ultrasonic bath. If your injectors have performed close to or over 100,000 km without being thoroughly cleaned, your fuel economy will certainly improve once services and cleaned, translating into direct savings. 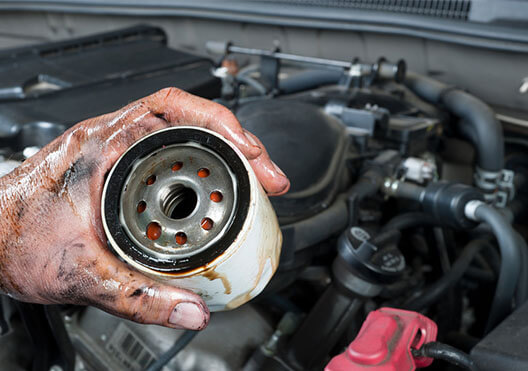 Generally the less friction the better. Even though it is unlikely there will be significant improvements in fuel economy, changing the car’s oil and oil filter will assist to keep the engine well lubricated and minimize internal engine friction, resistance, and the need for a costly car repair bill.

Refer to the car owner manual for details of the type of oil recommended for your car and the frequency for flushing and replacement. Most manufacturers recommend the oil and oil filter is replaced by every service or every second service.

In relation to gear changes, there is a technique called block gear changing that can assist drivers of manual cars to further improve fuel consumption. It may not be easy at the start, but with practice will become earlier and second nature. This technique is commonly used by motorcyclists.

What is Block Gear Changing?

Block gear changing is where you carefully skip gears when changing up through the gears. That is you may go from 1st to 3rd to 5th, skipping 2nd and 4th gears. There is a trick to this. Make sure you don’t go too high up in the RPM range in the lower gear, or too low down in the upper gear. If you go too high in the lower gear, then excess petrol is consumed for marginal benefit. If you go too low in the higher and the engine will labor and consume more petrol.

The good news is that for newer cars with 6 and 7-speed boxes, block gear changing is much easier.

Many people coast along while driving, with the view of saving fuel which is a great idea.

The trick is to let the car coast in a high gear instead of using neutral. When a car is in coasting in neutral, the engine continues to idle and will consume more fuel.

Today, most cars will shut off the fuel supply to the engine completely if you coast in gear, saving you fuel while coasting. A great example is coasting in high gear while going downhill.

It is likely that if you had not been practicing these tips and you applied them consistently, you could expect an increase in fuel economy of around 15%.

To put that into something that you may relate to better if someone spent on average $100 per week or $5,200 per year on petrol, a 15% saving would equal a saving of $780 per year!

These savings could be used to cover a large percentage of your car’s insurance cost, registration, car service, car repair, or general maintenance costs.

Of course, the saving could be put to use anywhere.